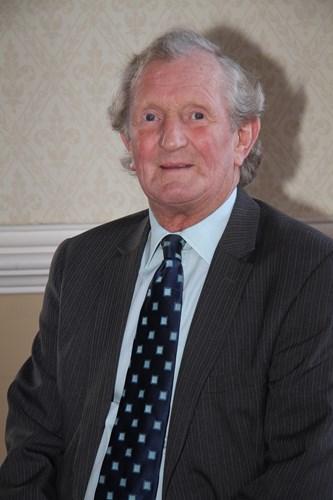 The Chairman of the Council, Les Cruwys, has paid tribute to Councillor Gerald Luxton who passed away on Sunday, 19 April 2020.

“The Mid Devon District Family, like any family, feel the grief when one of its own passes away. We have recently lost Councillor John Daw and two Honorary Aldermen; Eric Shapland and Mary Turner. We have now learned of the sudden passing of Councillor Gerald Luxton.

“Gerald was one of the "Old Gang" of councillors that seemed to have been around forever. He had been a town councillor for 42 years representing the Westexe Ward and held the position of Mayor three times in 1995, 1996 and again in 1998. At the time of his death, he was a member of the Town Planning Committee and Chairman of the Allotments Committee.

“In 1999, he decided to seek election to Mid Devon District Council and in May that year, he won a seat where he again represented Westexe Ward. He held the seat until 2015 and regained it in May 2019. Sadly, the day after celebrating his win, he became seriously ill after suffering a heart attack. Typically for Gerald, he underplayed his health problems and soon returned to his duties as a councillor, doubling his work load as he was now serving on two councils. Amongst his new roles, he continued his connection with the Planning Committee and was a trustee of Peoples Park.

“Gerald will be greatly missed by his friends and colleagues and many tributes have been posted, reflecting his friendly smiling character and his cheeky sense of humour. More recently elected councillors have all expressed their gratitude as to how Gerald helped explain council procedures to them and his knowledge of local history always helped. His knowledge of the Withleigh area, where he lived for most of his life, was second to none. Gerald’s friends in Hofheim, Tiverton’s twin town in Germany, have responded with sorrow at the loss of one of their old friends in Tiverton and will miss his presence on future visits.

“Our Deepest Sympathy to his wife Frances, children and grandchildren.”

If you would like to leave a message of condolence for Gerald, please use our online form: