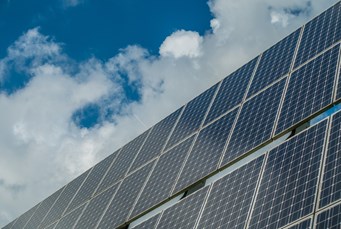 A proposed new law, known as the Local Electricity Bill, has gained the support of Mid Devon District Council which recognise that councils can play a central role in creating sustainable communities, particularly through the provision of locally generated renewable energy.

The Local Electricity Bill, if made law, would give electricity generators the right to become local suppliers – i.e. sell their energy directly to local people – and make it financially viable to do so. The Bill would give a huge boost to community renewable energy and local economies.

Currently local people can only purchase electricity from nationally licensed utilities. The Bill’s supporters say this means money people use to pay their energy bills is not helping to strengthen local economies or build new local clean energy infrastructure.

“It’s great news that we are supporting the Local Electricity Bill. This Bill feels more important than ever, with the mounting crises in climate, energy and cost of living. The Bill would support a resilient local economy, and help create green jobs. Power for People are working hard to turn this Bill into a reality and they have our full support as a local Council.”

Power for People is campaigning for The Local Electricity Bill and over 100 MPs already support it. If the Bill became law you could buy renewable energy directly from community groups and local businesses.

“The biggest threat to human civilisation and the natural world is climate breakdown. Global emissions have increased by over 400% since 1950, with levels of CO2 at their highest concentration in the past 2 million years. It is not too late to turn things around.

The enormous emissions reductions the Local Electricity Bill aims to bring must be a key pillar in our mission to avert climate catastrophe whilst making our energy system more robust and boosting local jobs and the economies of communities across the country. We thank Mid Devon District Council for supporting the Bill.”