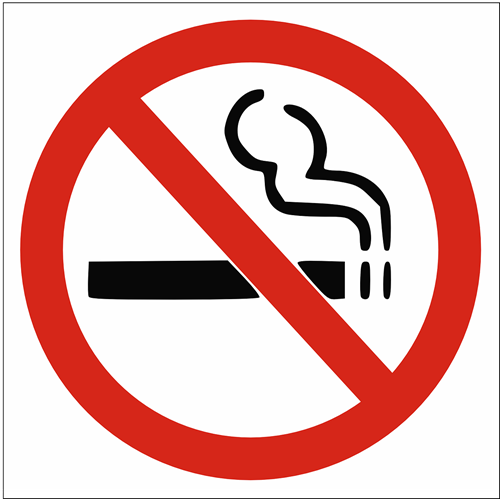 From 1st January 2020 Mid Devon District Council will be implementing an extended smoking ban at all its sites.

This means that both smoking and vaping will not be allowed in the outside areas of Phoenix House, Tiverton, the multi-storey car park in Phoenix Lane, Tiverton and all three of the Council’s leisure centres – Exe Valley, Lords Meadow and Culm Valley.

Smoking inside the buildings was already banned following the legislation introduced in 2007 and the decision to extend the ban has been taken in the interests of staff and visitor welfare.

“In line with legislation, our buildings have been smoke free for many years but up until now our staff and customers have been able to smoke or vape in close vicinity to our buildings as well as in our designated smoking shelters. From January they will no longer be able to do this and will have to leave our site if they wish to smoke or vape. This applies to both staff and visitors.”

Prominent signs will be displayed at all the affected areas and anyone seen smoking or vaping in contravention of the ban will be asked to leave.

Statistics show that a non-smoker being exposed to second hand smoke significantly increases the risk of them having lung cancer and heart disease. The risk increases for both of these serious diseases are 24% and 25% respectively. Further studies have concluded that passive smoking or second hand smoke may cause serious health conditions such as childhood respiratory diseases, the worsening of pre-existing conditions such as asthma, SIDS and middle ear disease.

Figures also suggest 85% of second hand smoke may be odourless and not visible to the naked eye therefore being in an enclosed space with a smoker, even if at the other side of the room, still poses significant risk.

The Council is encouraging anyone who wishes to stop smoking to contact the NHS Stop Smoking helpline on 0300 123 1044 or visit their local GP.

There is also a wealth of information on nhs.uk/smokefree.