Local authority leaders across Devon have spoken out in concern for the people of Ukraine and their families, following the Russian invasion.

Team Devon authorities, including Devon County and District Councils and the Devon Association of Local Councils, have pledged to work together to support Ukrainian refugees seeking sanctuary in the UK, and have each condemned Russia's actions. 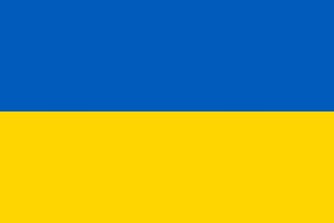 They have agreed to give particular support to families in Devon whose relatives in Ukraine are fleeing the conflict.

Individually, councils have also taken steps to cut Russian links, such as through contracts for energy provision. And any few remaining investments within the Devon Pension Fund, linked to Russian assets, are being sold off quickly.

Devon councils have long worked together, alongside health and voluntary sector partners and local communities, to provide safe sanctuary and resettlement for refugees, most recently Syrian families and those fleeing conflict in Afghanistan.

The Leader of Devon County Council and Chair of the Team Devon partnership of authorities, Cllr John Hart said: "We are deeply concerned for those desperate people escaping conflict in Ukraine in huge numbers. We agreed that we have a duty to do what we can in Devon to support families fleeing Ukraine to join their family members here in the UK."

The government has outlined support for up to 200,000 Ukrainian refugees under 'temporary visa concessions'. And further visas are being granted to those currently within the UK, including specific groups of workers, students and other visitors.

“Our communities across Devon have already shown a willingness to help the people of Ukraine and I am glad that our councils can work together, in the coming days and months, to offer assistance to people whose lives have been changed immeasurably by this war. While details of local support are being drawn up I would encourage anyone who wishes to help to donate to the UK’s emergency fund.”

And today, the UK Disasters Emergency Committee has launched its Ukraine Humanitarian Appeal, drawing together funding and action across major charities and Non-Governmental Organisations to support people displaced through the conflict. The government has pledged to match up to £20 million of any donations from the public.

The fastest way to donate to a DEC appeal is by donating online.

UK Government advice regarding Ukraine and for Ukrainian nationals and their families.

The Government has also announced a Home For Ukraine scheme where people can register to offer accommodation support.