A second bid to the Government’s Levelling Up Fund, submitted by Mid Devon District Council has ended in disappointment, it was announced today.

The Council submitted a bid for £19.5 million of funds from the scheme which, combined with funding from Devon County Council and the Housing Infrastructure Fund, would have delivered the remaining money needed to build the town centre relief road for Cullompton. 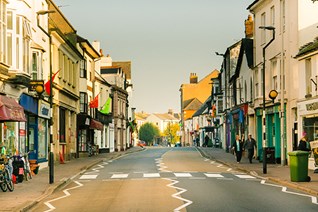 Despite a strong bid the Government has now confirmed the bid was unsuccessful.

Cllr Richard Chesterton, Cabinet Member for Planning and Economic Regeneration, said: “It is obviously extremely disappointing that Mid Devon has once again been unsuccessful. This was a high quality submission, supported by extensive technical evidence which clearly set out the need for funding in order to tackle existing transport and air quality challenges within the town, as well as the need to unlock strategic growth within the town. Clearly, the decision not to fund the delivery of the relief road will now directly limit housing and economic growth within Cullompton and have implications for the district as a whole.”

Even though the news is disappointing Mid Devon District Council remains committed to supporting investment in Cullompton, to address these existing challenges in the town and to realise strategic growth within the town as foreseen through the Local Plan.

The relief road, which has already secured planning permission, is considered to be a major strategic growth project for the district. Its delivery would unlock environmental and air quality improvements within Cullompton town centre, as well as unlock early growth capacity at J28. It is also needed to allow the area to meets its future housing delivery plans.

As such the Council will now seek other funding opportunities to support the delivery of the relief road whilst progressing the delivery of other key infrastructure projects, including the re-opening of Cullompton railway station by May 2025.