Former councillors celebrated their status as an Honorary Alderman of the district of Mid Devon during a ceremony at the Phoenix House Chambers in Tiverton on 05 December.

Former councillors Frank Rosamond, Peter Hare-Scott, Nick Way and Brenda Hull were presented with their scrolls, to recognise the special honour, by Chairman of Mid Devon District Council, Councillor Ray Radford. Unable to attend the ceremony but also made an Honorary Alderman during an earlier presentation was former councillor Eileen Andrews.

"Thank you all for attending, it is always nice to see familiar faces again.

It gives me great pleasure to thank Frank Rosamond, Peter Hare-Scott, Nick Way, Brenda Hull and Eileen Andrews for their dedication and hard work to Mid Devon District Council and to present these scrolls to them.

There have only been 28 councillors to have received the title of Honorary Alderman since 1974!"

'I recall my very first introduction to the Council in 1999 with Alderman Charles Noon who inducted us on being a councillor who urged us to look after your parishes. A message which stayed with me throughout my local government career - Wise Advice. To serve for 20 years was due in large part to the efforts of council officers and staff who appear to have kept me on the straight and narrow and were always there when needed. I must also express my gratitude for the support of the members who are gracious enough to endorse my nomination as an Alderman of Mid Devon District Council. I feel a sense of pride and humility in accepting the title of Honorary Alderman. My thanks to you all.' 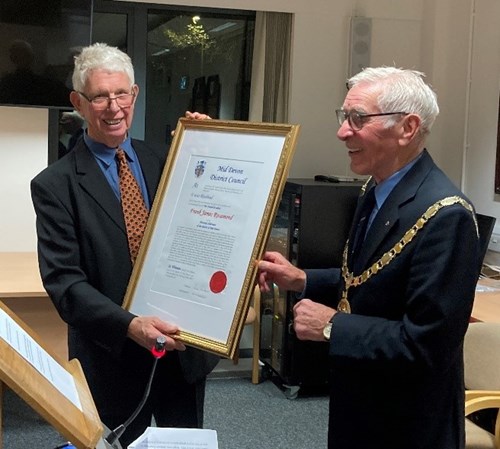 Peter Hare-Scott was elected to Mid Devon District Council in 2007 and served for 12 years to 2019. Peter became Leader of the Council in May 2008, returning to portfolio holder finance after 6 years as leader. Peter was also a district councillor in the Newbrooke ward, where he supported his parishioners.

'I really enjoyed going to the outside meetings and found that it is important that you get out and about and learn from others. I would like to take this opportunity to thank members for nominating me as an Honorary Alderman and to wish Mid Devon all the greatest success for the future. Thank you.' 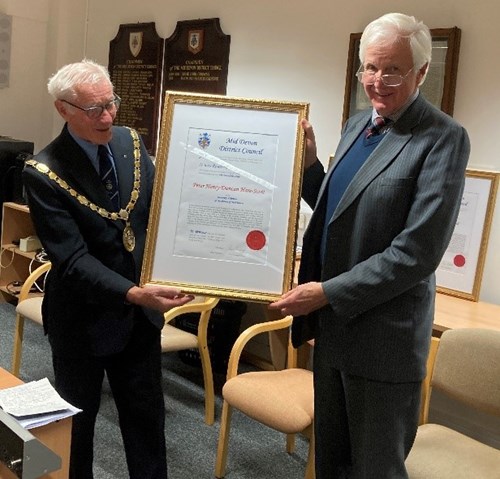 Nick Way was first elected in 1995 and has been an avid campaigner for Crediton and residents. Apart from a short break in career Nick has lived in Mid Devon for almost 50 years, living in Thorverton and Bradninch before moving to Crediton 30 years ago.

'Looking back on my time in the Council there was really nothing better than being able to represent people and it’s a great honour to do that and I feel very humbled to have been able to do that for as long as I did. I really want to say a big thank you to the current councillors for bestowing this honour on me and it's a very great honour to be an Honorary Alderman.' 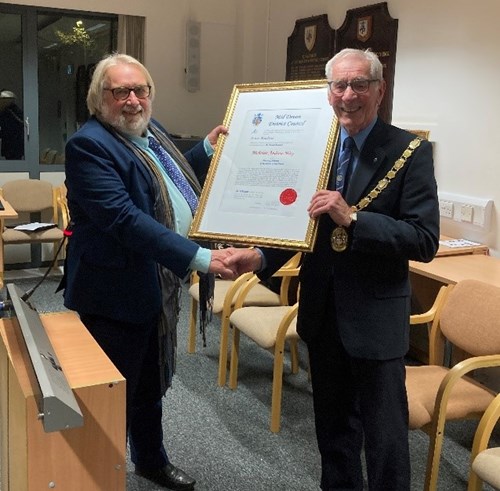 Brenda Hull joined Mid Devon District Council in 2003 as a councillor for Cranmore ward. Brenda continued to serve the Council until 2019 where she became Chairman of the Council between 2011 and 2013. Brenda also proved herself to be an excellent Chairman of the Economy PDG where she put our local businesses and our town centres at the heart of everything she did.

'During my time on the Council what I really enjoyed was visiting the parish councils and I am pleased to have been able to visit 60 out of 62 of them. I did enjoy my time on the Council and I wish everybody that's serving now the best of luck and keep going in these difficult times. Thank you all very much it's a real honour to be an Honorary Alderman' 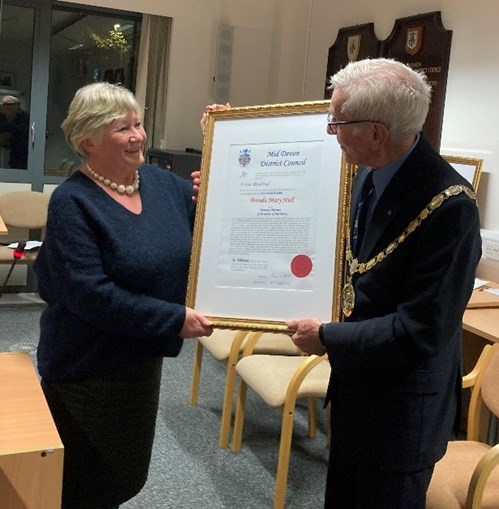 Eileen Andrews was a councillor on both Cullompton Town Council and Mid Devon District Council for several decades and was one of the founder members of the Cullompton Community Association (CCA). Residents of Cullompton have always been able to rely on Eileen to fight their cause and she has worked tirelessly to get the best for them, and the town. Cllr Ray Radford, Chair of Mid Devon District Council visited Mrs Andrews to present her with her scroll after becoming an Honorary Alderman. 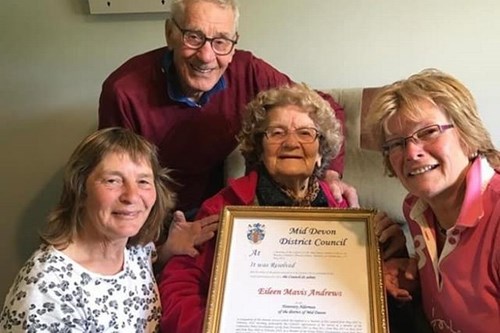 The position of Honorary Alderman is open to any person who, in the eyes of the council, has given eminent service to the area in a public position. 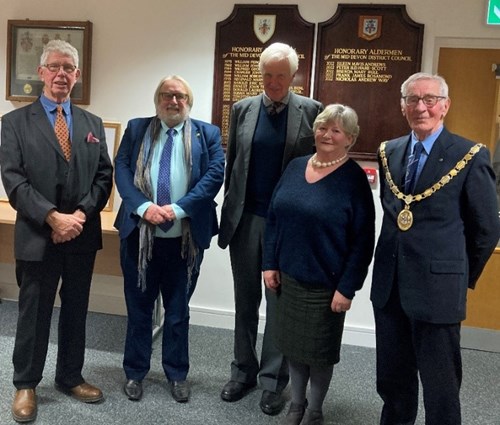