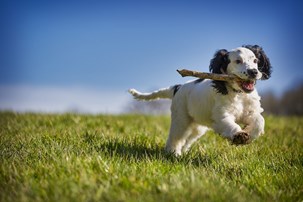 The Council is seeking the views of Mid Devon residents on the proposed strengthening of dog control powers to reduce anti-social behaviour arising from dogs.

A consultation on a Public Spaces Protection Order (PSPO), is being held between Friday 21st May and Friday 18th June and pending the views of the public, could be in place for the next three years.

A PSPO is a measure designed to stop individuals or groups committing anti-social behaviour in a public space introduced by the Anti-Social Behaviour, Crime and Policing Act 2014. It enables local authorities to impose restrictions to tackle nuisance and problem dog behaviour.

The proposed PSPO is expected to directly contribute to reducing anti-social and dangerous/aggressive dog and dog fouling incidents occurring in particular areas that are having, or are likely to have, a detrimental effect on the quality of life for those who live, work or play within the locality.

The proposed PSPO is intended, to:

It is also proposed that a breach of the Order could result in either a Fixed Penalty Notice of £100 or prosecution.

“Public Spaces Protection Orders (PSPO) enable Local Authorities to deal with a particular issue in a particular area that is having a detrimental effect on the quality of life for those in the local community.

Our aim is to keep our parks and open spaces as welcoming as possible for all visitors to enjoy.

Most people are conscientious; however, a small minority are not, and this can spoil the enjoyment of our open spaces and parks for everyone else

The Council welcome your comments on the proposed order.”

The proposed Order and Plans can be inspected at the Council offices - Phoenix House, Phoenix Lane Tiverton EX16 6PP.

Please telephone for an appointment 01884 255255 if you wish to wish inspect the order at the Council offices.

If residents would prefer to receive an electronic or paper copy of the survey, they can email streetscene@middevon.gov.uk to request one. Completed copies of the survey can either be returned via the same email address or posted to: