Live music and entertainment returned to Tiverton Pannier Market on Saturday (7 August) as the historic venue launched an eight-week series of daytime events designed to revitalise the town centre this summer. 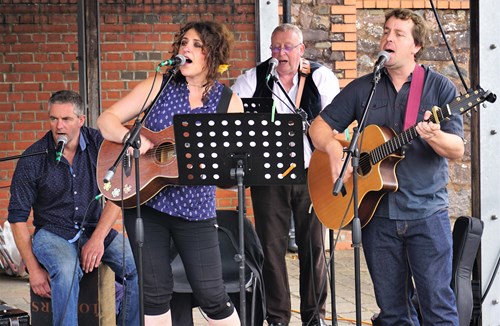 The market is hosting busking musicians, performances from local groups, street food, ice cream and a pop-up bar every Saturday lunchtime in August and September as part of its Sounds of Summer series.

Alternative folk band Darianna and the Lodgers became the first act to perform in “The Busker Shack” at the south end of the market, impressing with their mix of original songs and upbeat covers with an Eastern European twist.

Tivvy Samba, a fun new group for budding drummers in Tiverton, kicked things off with a lively 20-minute performance.

There was street food from West Country Dim Sum, ice cream from Bonne Bouche and a host of local and other drinks from The Gin and Sin Co.

There was also a surprise visit by two ponies, Dylan and Summer, and their riders, Beckie Brown and J Critchlow, who were training for a four-day, 88-mile charity trek from Mid Devon to Cornwall this week.

“There was a real buzz around the market, despite the mixed weather.

“There were lots of new faces and many people commented on the positive atmosphere, which we hope to build on over the coming weeks.

“We’re looking forward to more fun and excitement each and every Saturday to complement our 20-plus market stalls, including two new traders starting this week.”

Luis, the principal trumpet player for Taunton Concert Band, has just won two silver medals at the Global Music Awards – in the “Emerging Artist” category and for his album “All of Me”.

Local singing trio In Harmony, who have supported Brotherhood of Mann and Bucks Fizz, will get things under way from 11.30am.

There will be street food from The Dog House, ice cream from Exmoor favourite Styles and the Cider and Cocktail Bar hosted by local cider producer Spreyton Press.

Follow the market on Facebook for the line-up each Saturday and opportunities to win free food and drink vouchers for each event. 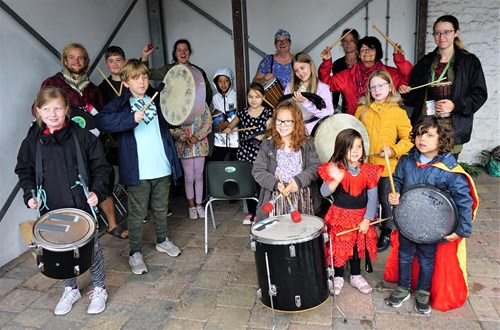 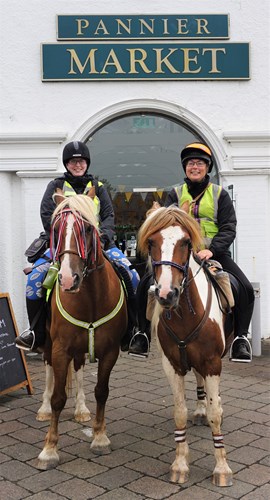 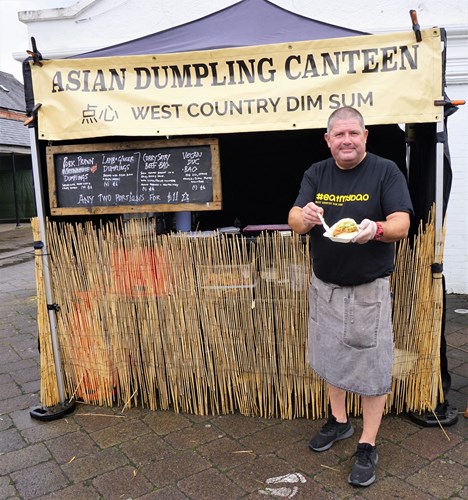 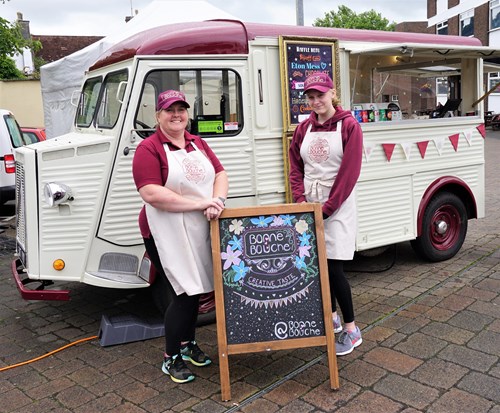