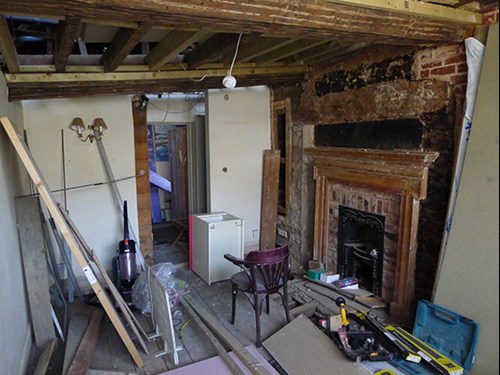 The owner of the Manor House Hotel in Cullompton has been fined £18,410 (including costs), for breaches in regulations pertaining to the Housing Act 2004, following sentencing by District Judge Matson in Exeter Magistrates' Court today.

Mr Roshan Sivlal, the owner of the hotel, pleaded guilty to eight serious breaches of The Management of Houses in Multiple Occupation (England) Regulations 2006 at an earlier hearing on Thursday, 25 July.

The case was put forward for prosecution by the Council’s Legal and Public Health teams following an inspection of the Hotel in June 2018. Private Sector Housing Officers found that the property was not being used as a hotel and was instead occupied by up to 29 migrant workers, who were using the hotel as their main home.

Working alongside Fire and Police colleagues, Council staff found dangerous conditions in relation to fire safety and the means of escape, as well as the poor conditions of kitchens and other shared facilities. Such was the severity of the conditions that the Council served an Emergency Prohibition Order to prevent its ongoing use as a residence.

"We are pleased with this result and this is an important case showing that we will take action where the safety of tenants has been put at serious risk. This should be seen as a warning for rogue landlords that do not keep their properties in a reasonable and safe condition and we urge landlords to work closely with our Private Sector Housing Officers."

“Our actions at the time to prevent a potential tragedy at this property and the subsequent outcome of this prosecution are testament to the professionalism and determination of my Officers and our Legal team. This was a complex case underpinned by a very simple premise, which was to take action on behalf of vulnerable residents who were living in unacceptable and potentially life-threatening conditions.”

Not only does the Council enforce housing conditions in the private rented sector, but it also provides advice, including through its annual Landlord Networking Event which is aimed at helping landlords to meet their legal obligations. For information about this year’s event, visit https://www.middevon.gov.uk/LNE2019.