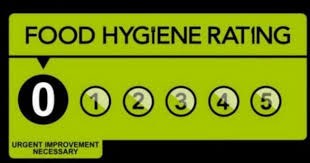 The owner of The White Hart at Cullompton, admitted six food hygiene offences before Exeter Magistrates this week.

During the court proceedings, District Judge Matson heard that the prosecution arose from an unannounced food safety and hygiene inspection of the pub, carried out by officers from Mid Devon District Council’s Public Health team in October 2018.

On inspection of the kitchen, officers were met with the smell of rotting food and flies in the kitchen. The worktops were littered with unwashed equipment, food packaging, dirty dish cloths and mould-ridden meals, including a cooked roast dinner. Adding to the clutter, it was evident that food matter, dirt and grime had accumulated over a prolonged period of time and were present on many surfaces including the work surfaces, sink area, electrical sockets and even the kitchen doors.

Turning their attention to the floor, the team found it encrusted in grease, dirt and food remains. A bucket of stale liquid had been discarded, along with further packaging, used cloths, a bagged chicken breast and sliced beef. Furthermore, the waste bin was open and overflowing.

Similar problems were encountered on the appliances. The fat fryers, griddle and microwaves were enveloped in grease and food debris, as was the cooking range, which also had a saucepan of stock left on top with mould growth.

Further mould was found on the seals of the freezers and refrigerators. Inside the fridges, the inspectors found food at differing stages of decomposition, including a rhubarb crumble, curry sauce, various breads, bagged vegetables and a rancid batter mix.

The food samples taken were wholly unsatisfactory. The dish cloths that were tested returned positive results for E. coli and Enterobacteriaceae, indicating a cross-contamination risk. What is more, no evidence of a documented food safety management procedure was found to be in place. The conditions posed an imminent risk to the public, leaving no option for the Council’s Food Safety Officers other than to immediately close the kitchen down.

The White Hart was only allowed to fully reopen once considerable work had taken place to improve standards, however, the premises were closed down again in July last year after standards once again deteriorated. The pub fully reopened again in December 2019 and currently has a food rating of zero, reflecting the need to see consistent compliance with required standards.

“We're committed to ensuring food standards remain high throughout Mid Devon to safeguard our residents and visitors, and we won't hesitate to utilise the full range of regulatory interventions available to us when tackling high-risk, illegal or poor performing food businesses.

“Given the severity of the conditions in this particular case, both our Public Health and Legal teams did an excellent job intervening and bringing about a closure, followed by a successful prosecution, thereby preventing any members of the public from becoming extremely ill, or worse still losing their lives.”