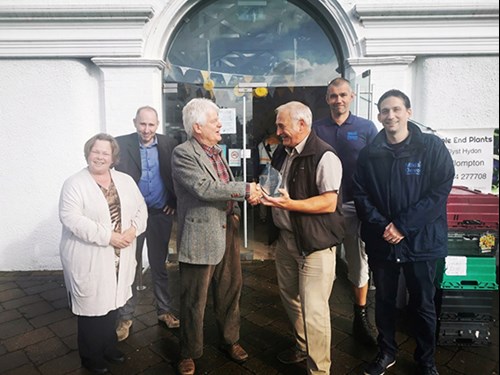 The award was made by the National Association of British Market Authorities (NABMA) and recognised the achievements and dedication of the small team which is led by Alan Ottey and supported by Tom Nott and Nick Claridge. In addition to building on the excellent relationships with current and new traders, the team also work closely with the local community, striving to reinforce Tiverton Pannier Market as a focal community point of the town.

During 2019, the team has introduced regular craft markets, farmers markets, holistic markets, a teddy bear market, Wild Wild West day, Christmas markets, and even a school uniform swap market. The regular night markets have also been improved and the team have also spent a lot of effort supporting the Prince’s Trust and local college markets. New specialist markets and traders have been introduced; many of these involve local crafts and food. The market now has a trader making socks made on an 1870’s knitting machine with wool collected from the fields and hedgerows. Free art classes have also been introduced in the market.

The market piano is a well-used resource enjoyed by young people and pensioners alike and the market team has also developed a good working relationship with the Tiverton Museum of Mid Devon Life; working collaboratively to install a recent display showing the history of the market.

“Our talented market team has recognised the importance of the cultural and historical aspects of the market and it’s great to see the area being used and appreciated by many different members of the Mid Devon community.”

“I’m delighted that the work of the team and the revitalisation of the market have been recognised at a national level. This is testimony to the hard work and commitment of both the market team and the traders themselves”.

There were numerous entries for this award from markets throughout the country and the judges reported that the standard was extremely high. 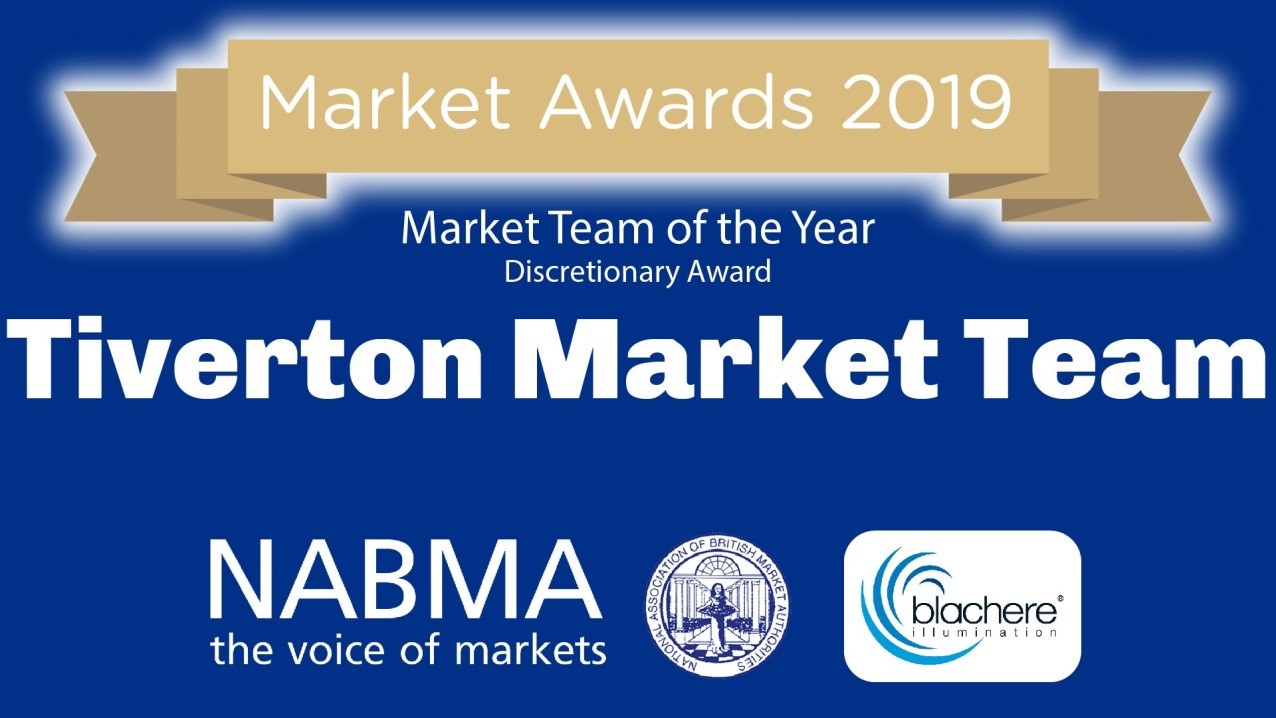 Mid Devon District Council is a member of the National Association of British Market Authorities (NABMA) with Tiverton Pannier Market. NABMA is celebrating its 100 years as an organisation in 2019. It is the voice of the markets’ industry and has many local authority members together with private market operators from across Great Britain. The awards were presented at the annual conference attended over 200 delegates from across the United Kingdom and Ireland.