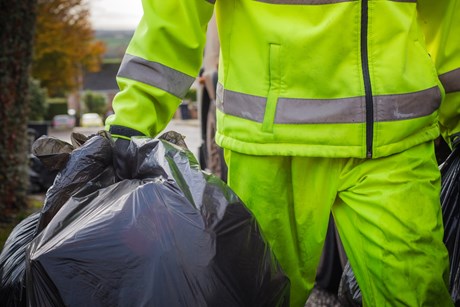 Following a trial of three-weekly waste collections over the summer the Council is now considering implementing the scheme throughout the district.

The three-month long trial, which began in July 2021, took place in Holcombe Rogus/Westleigh and an area around Canal Hill in Tiverton and involved more than 1000 households having their residual waste (black sacks or bins) collected every three weeks. All other waste and recycling collections were unaltered.

At a meeting of the Council’s Environment PDG yesterday, Members voted unanimously to approve the recommendation to introduce the three weekly scheme across the district, with food waste collected weekly and dry recycling collected fortnightly (unchanged from existing collections). Members of the Council’s Cabinet will now discuss the proposals before a final decision is made.

*At a meeting of the Cabinet on Tuesday 1 February the Cabinet resolved that Option 2 be approved subject to officers considering alternative solutions for residual waste for properties where wheeled bins may not be an option, subject to a specific requirement to see a detailed plan to address the issues raised before full implementation. You can read the full minutes of the meeting here.*

Mid Devon has not implemented any significant changes to its waste collections since 2015 and is now looking to follow many others local authorities, including neighbouring Somerset, who have successfully implemented three-weekly residual waste schemes.

By introducing three-weekly waste collections the Council will be able to improve recycling rates, decrease residual waste and in turn reduce the carbon impact and cut emissions from our collection vehicles. It will also help the Council to meet with Government guidelines to recycle 65% of household waste by 2035 and Devon’s proposed 60% target rate by 2025.

If the scheme is approved the Council is looking to run a campaign in the Summer to bring awareness of the changes to Mid Devon residents, ahead of the implementation of the changes to customers during the Autumn.

“The trial has shown a significant reduction in the collection of non-recyclable waste in both urban and rural areas, which can only be a good thing for our district. I understand some people may be reluctant or have concerns about this potential change, but it has been proven to work to benefit the environment, with minimal impact on households.”

During the trial the Council saw a significant decrease in residual waste and a substantial increase in recycling of food waste.

Where customers used their own container or sacks in the urban trial setting, there was a 24% reduction in residual waste collected, compared to a reduction of 44% in the area where capacity was limited and wheelie bins provided. Results from the rural setting are similar with customers who used their own receptacle or sacks reducing residual waste by 6% and those with limited capacity (provided with wheelie bins) by 30%.

In addition customers in the urban trial setting, who used their own containers or sacks, increased food waste recycling by 29% and those provided with wheelie bins by 25% and in the rural setting this increased by 7% and 15% respectively. This increase in food waste recycling indicates that food waste was diverted from residual waste and is the main contributor to the impressive decline in residual waste found during the trial.

Residents may wish to read full details of the trial results and a list of frequently asked questions.