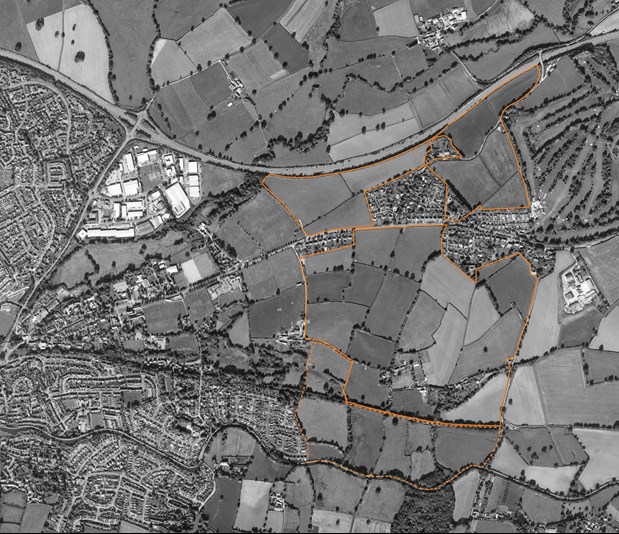 A Design Guide for the Tiverton Eastern Urban Extension (EUE) has been produced. It follows the adoption of the Tiverton EUE Masterplan SPD and closely relates to it. The Design Guide is intended for use by all those involved in the delivery of development on the EUE. It relates to the whole of the EUE area to ensure a coherent delivery of development. As land parcels are built out over a phased period it will ensure their final form will appear seamless with well-connected routes and buildings designed to have a strong relationship with one another regardless of the development parcel they are built in.

The Design Guide does not focus on the control of every detail of the design. Instead, it identifies the fundamental elements of the design which are believed to be critical to achieving the aims and objectives of the Adopted Masterplan SPD. It outlines some approaches that will guide design to achieving these.

The Design Guide can be viewed here

The Design Guide - A Pocket Summary can be viewed here

Devon County Council Highways is undertook a public consultation in February 2015 on their proposals covering Blundell's Road, Tidcombe Lane and surrounding roads. Work on the finalised scheme is anticipated to begin Summer 2016.

Please see a copy of the exhibitions boards giving the scheme details. Enquiries regarding the consultation should be sent to DCC at customer@devon.gov.uk

The Tiverton Eastern Urban Extension Masterplan SPD was adopted at a meeting of the Mid Devon District Council on the 14th June 2018.

It replaces a former Tiverton Eastern Urban Extension Masterplan SPD that was adopted on the 30 April 2014. The new Adopted Masterplan SPD has been revised to remove three housing land parcels on the southern side of West Manley Lane (within Area A). Public consultation relating to the removal of the three land parcels took place between February and April 2018.

The Post Hill area to the east of Tiverton was allocated in the Allocations and Infrastructure plan in 2010, for mixed housing and employment development, including a new primary school and community facilities, and open space to the south and west.

The Adopted Masterplan SPD will guide development in the area and have a significant bearing on the consideration of planning applications.